HI THERE! By visiting ytv.com you may link out to other sites that we don’t control. Before you click grab a parent (or the person in charge of you) and make sure it’s ok with them that you leave our site. They can get more info about what we stand for by checking out our PRIVACY and TERMS OF USE.

Snacks from around the world 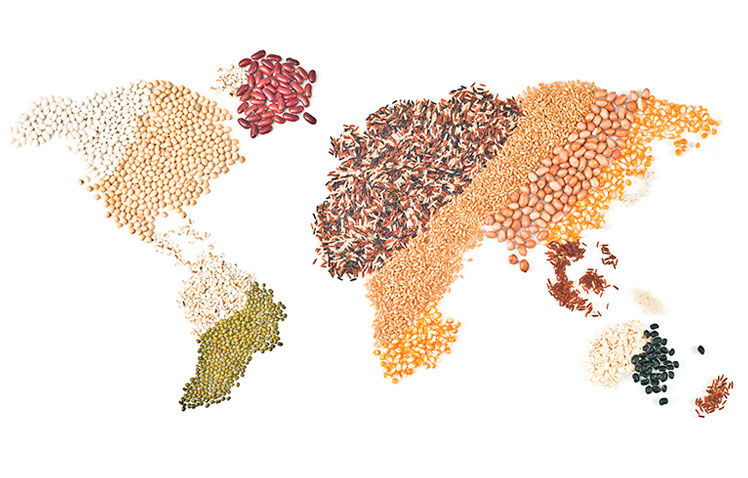 It’s hard to imagine places in the world where they don’t eat cookies and chips as snacks, but it’s true! Some people in other countries grew up loving very different types of afternoon goodies. Here are five that might surprise you.

Biltong
Biltong is a traditional South African snack that’s similar to beef jerky. Meats such as beef, ostrich, kudu or springbok, are spiced, salted and dried to create this chewy snack.

Dried Cuttlefish
Dried, shredded cuttlefish is a popular bite-sized snack in China. The cuttlefish is covered in sweet and salty seasoning, then dried to create a chewy and stringy snack to eat straight from the bag.

Kurma
In Trinidad, kids love this sweet and crunchy treat. Kurma looks a bit like matchstick fries, but they are made with spiced dough and covered with a sugary glaze.

Iwashi Senbei
In Japan, instead of eating buttered popcorn at the movie theatre, you can get small sardines to snack on instead. They are baked in sugar and soy sauce and covered in sesame seeds to become a crunchy snack.

Bamba
Bamba is a peanut butter-flavoured snack that has the same crispy-puffy texture as cheese puffs. The puffs are covered in a dehydrated peanut butter dust that stick to kids’ fingers making them want to lick it off. Bambi is a popular snack all over Israel.

You are now leaving

Before you click grab a parent (or the person in charge of you) and make sure it's ok with them that you leave our site.